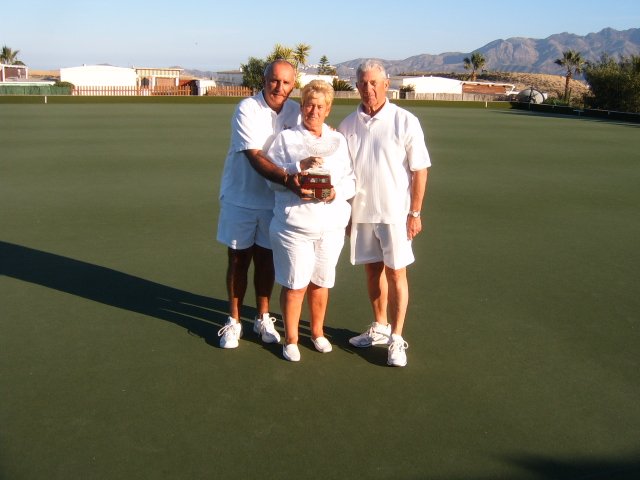 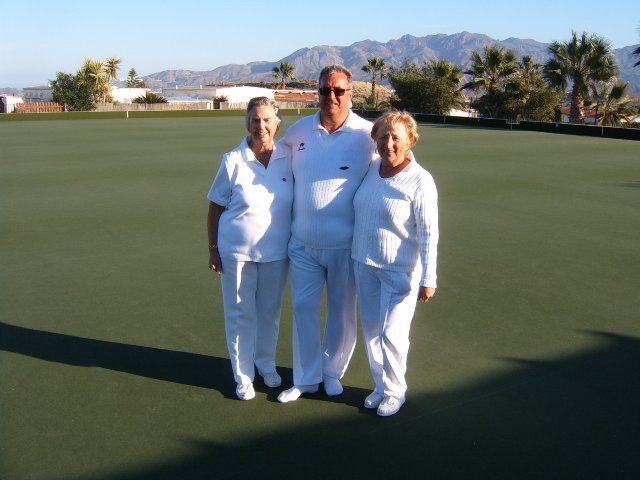 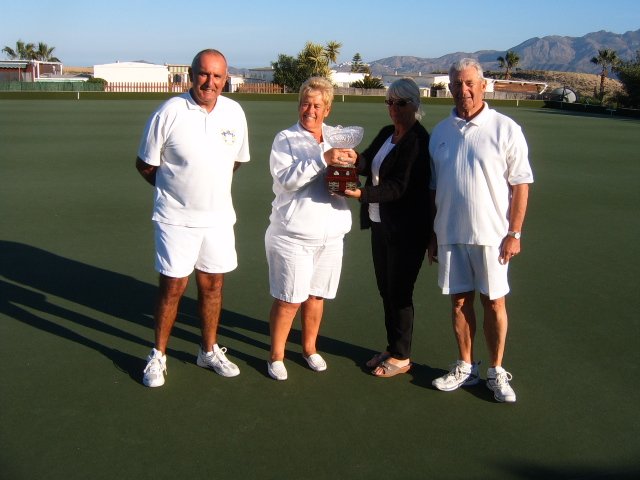 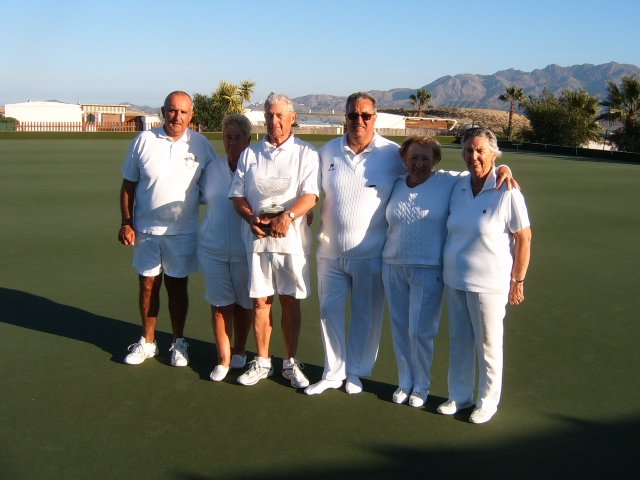 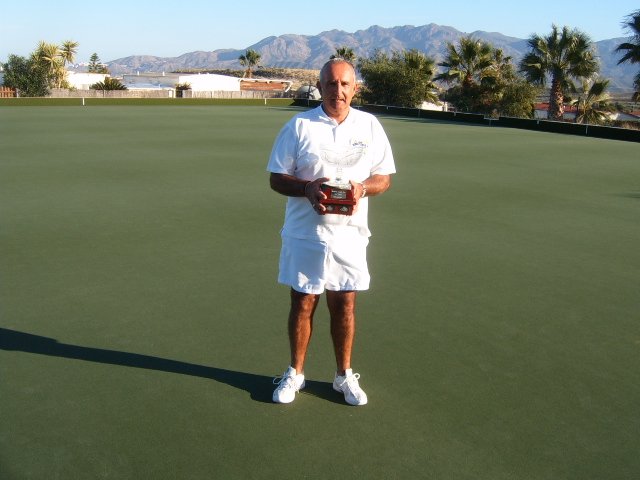 The ALBC Drawn Triples   commenced with the Preliminary round in the morning of 6th March and the first round/quarter finals in the afternoon. The Semi-Finals and Final taking place on Monday 9th.  The entries were fairly good with thirty-nine players, thirteen teams, taking part.This competition is traditionally a very competitive, with some teams who one might be considered favorites failed to make it.

To reach this stage in one of the Semi-Final’s  Roy’s team beat arguably the favourites, Colin Wright, John Burgess and Graham Clough This was very easy for Roy’s team as they encountered a team that just couldn’t compete, despite all the team playing good bowls, Roy’s team were just too good.

Leighton’s team, in the other entertaining Semi-Final went ahead from the start and were 13-4 up at the eleventh end. From here, their opposition, Peter Burton, Eileen Phoenix and Joan Parsons got their act together and played good bowls to bring the score on the seventeenth end to 14-14. Leighton’s team weren’t going to be beaten and finished with four shots on the last end to reach the Final.

The Final on paper was going to be a competitive game, which didn’t let us down. Roy Tonkin’s  team started well and took six shots on the sixth end, however for the next six ends they didn’t score and on the tenth end score was 10-10. Leighton’s team then went ahead by one shot and mirrored Roy’s team by not scoring themselves for six ends and unfortunately by the time they scored again on the seventeenth end, Roys team had taken the Championship.

John Fitzgerald, our Captain thanked the players who had taken part in this competition together with all the spectators who had come to watch and yours truly for running the competition. He then asked Mary Mullen to present the trophy to the winners. This report and photograph will be found on our website, www.bowlingalmeria.com   & www.bowlinginspain.com  and local press if space available.