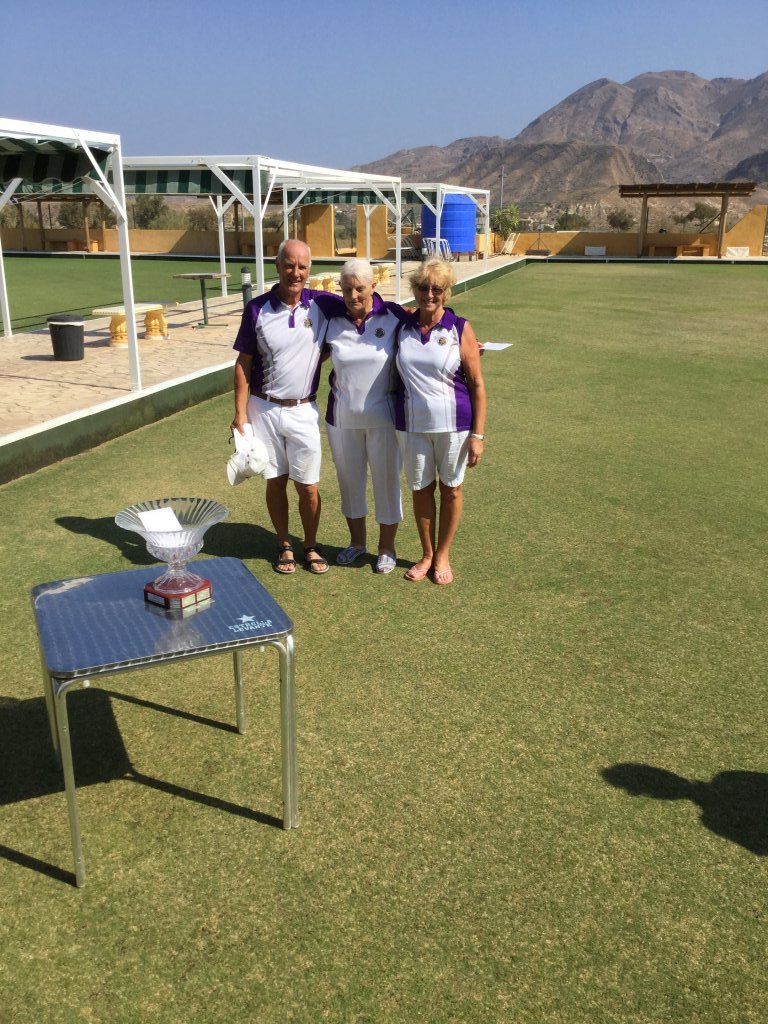 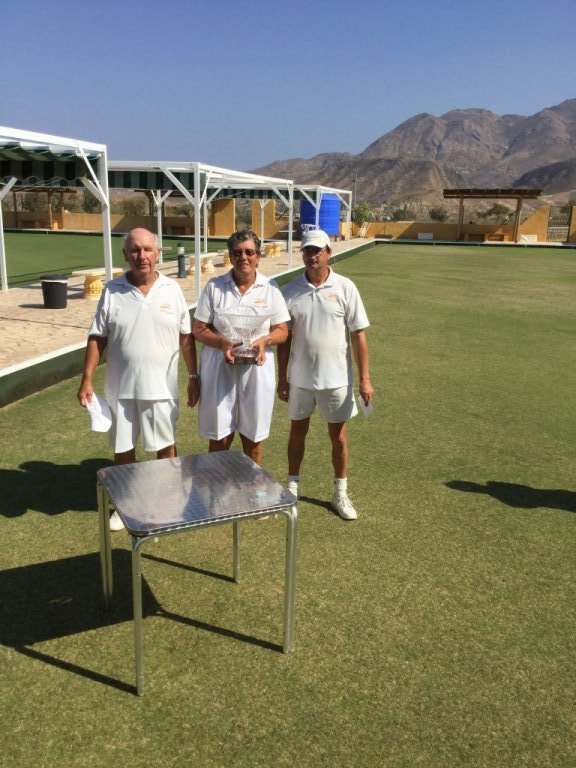 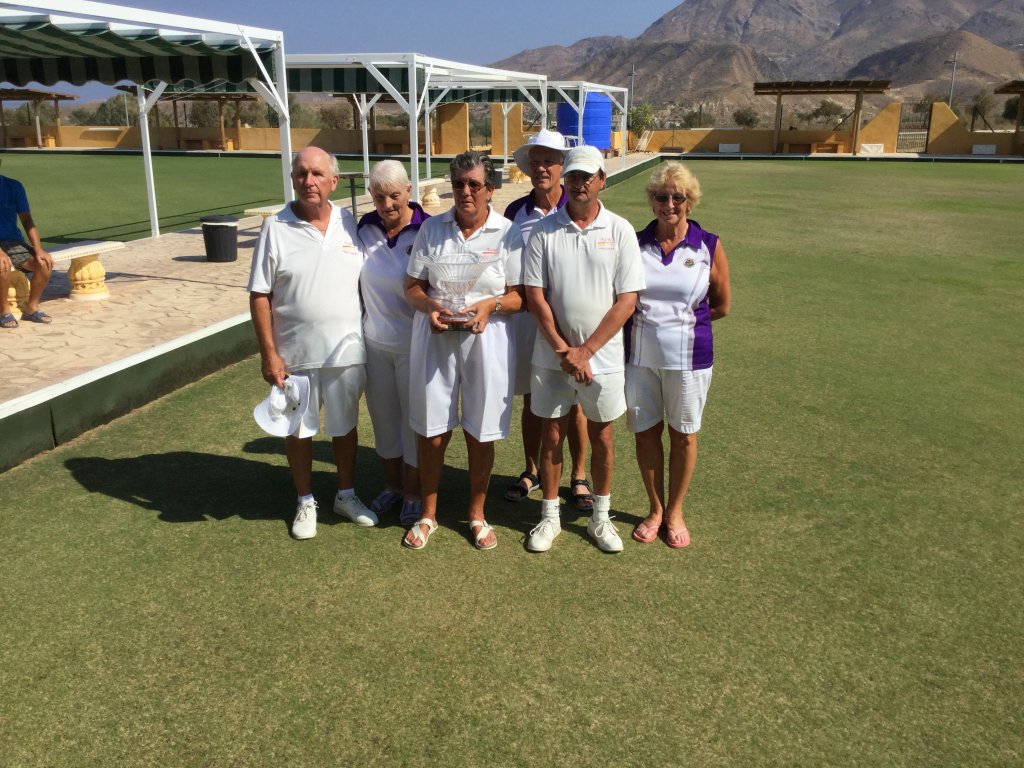 The CAA/FAB mixed triples took place at Cabrera Lawn Bowls Club 9th and 11th of September, 16 teams took part,7 from Cabrera BC, 6 from Indalo BC and 3 from Almeria BC.

There was some titanic struggles between the teams to get to the Finals, which was hotly contested between the teams from Almeria, Chris Ewer skip, Chris Brown two, Sandra Brown lead, v Indalo BC, Chris Ivin skip, Pauline Hill two and John Hill lead.

The green was running freely and the heads of bowls were tightly drawn with the winning shots changing constantly.

The weather was fine with a light wind blowing which helped considerably after the terrific heat of the last few weeks.