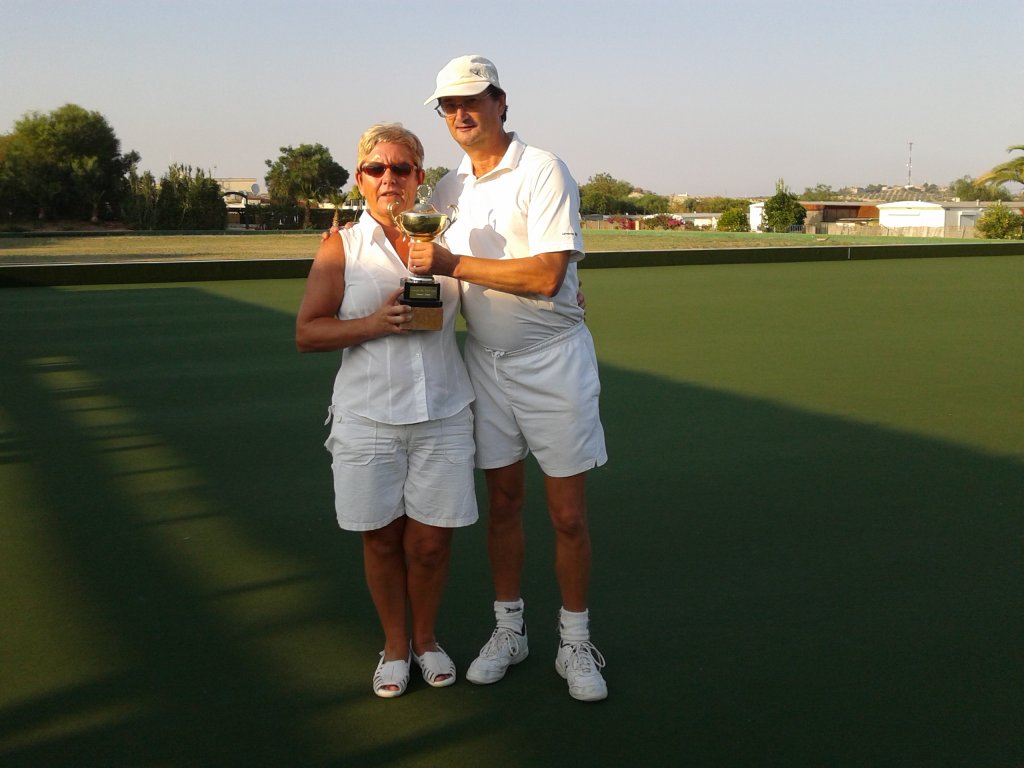 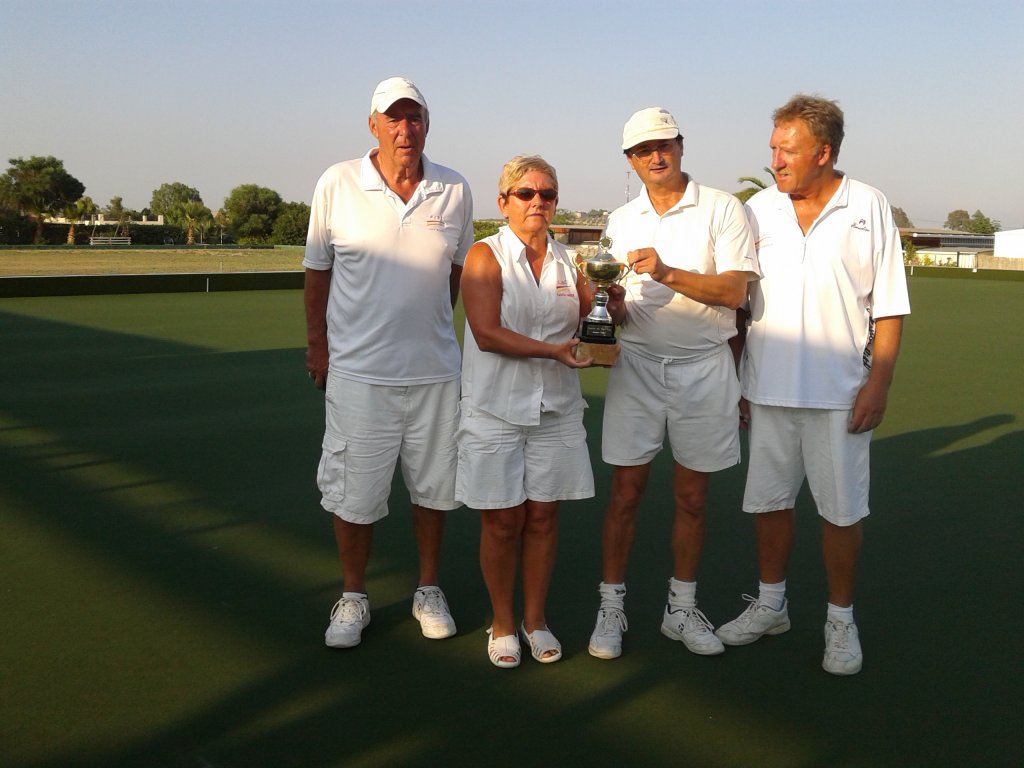 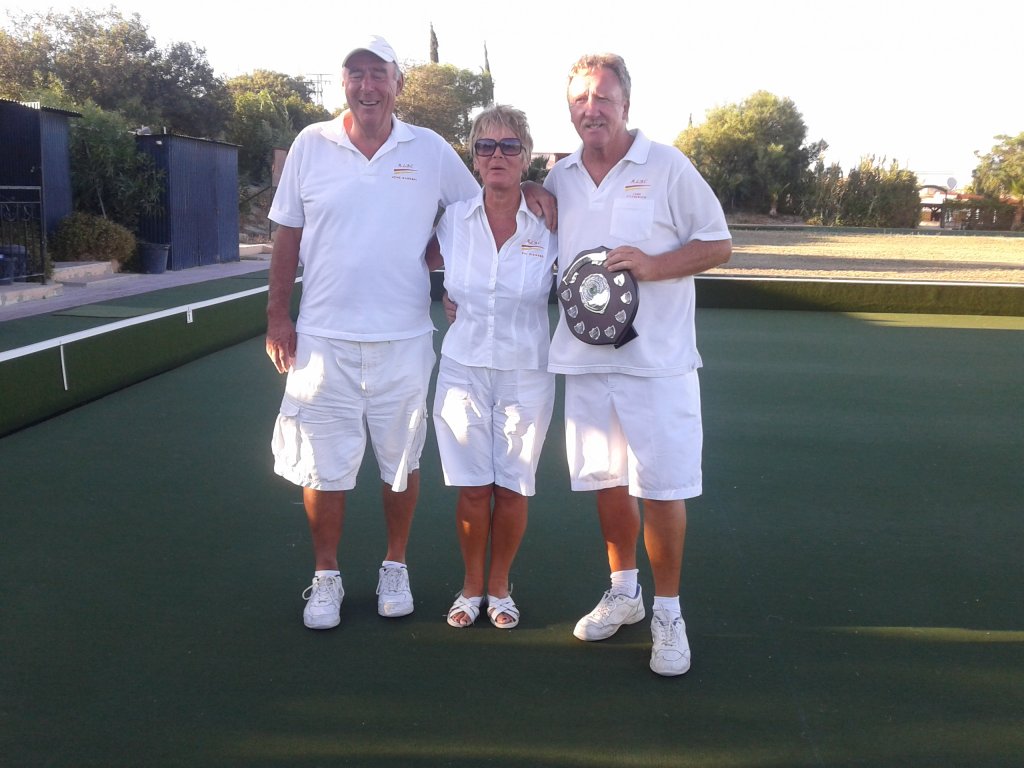 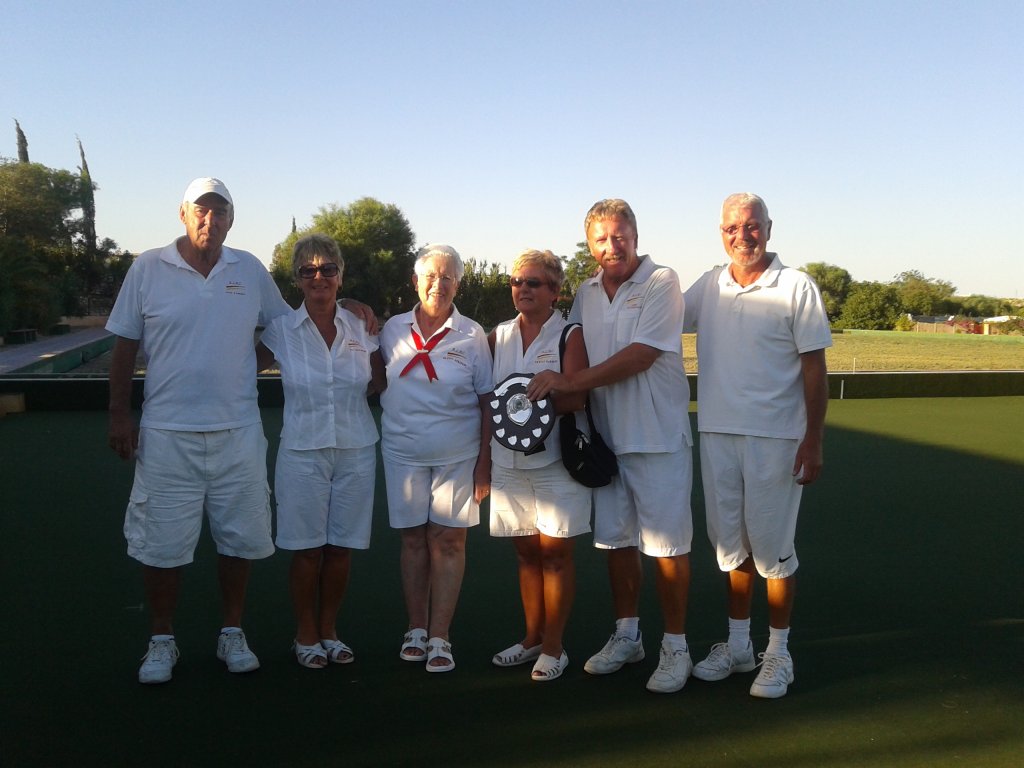 First of all a big thank you to Jim Pike and Sue Mannall for  organising and successfully running the Eleanor McCraw and Reliant Trophy competitions.

Unfortunately this year proved to be a turning point for future playing of these competitions. As the attendance of these competitions was poor, an in- house committee of summer players decided that from 2014, the Reliant Trophy would be played on roll up days, Tuesday and Thursday mornings. This year most roll up  days there were thirty -five players plus. Because of this it is expected to have lots more members wanting to play in the competition next year. It is envisaged at the time of writing that the draw for Reliant Trophy will be executed differently to obtain a possible fairer system.

The Eleanor McCraw would be played possibly on consecutive days in June or July as a Round Robin competition and mixed couples only.

The top four and six players who had achieved their best scores from a minimum eight games played in the Eleanor McCraw and Reliant Trophy respectively  The teams were drawn for the final on the 24th and 29th July.

In an exciting Eleanor McCraw final on the 24th July, John Mannall and John Fitzgerald played Chris Ewer and Carole Roberts. Chris and Carole started well gaining a six shot lead on the seventh end. They were level on the tenth end at 9-9. John and John then proceeded to go in the lead, but were level again on the 15th end at 14-14. Unfortunately for John and John, Carole and Chris were not going to let this go and prevented them from scoring any more shots winning by five shots.

The Reliant Trophy played on 29th July was between Wayne and Carole Roberts & Glenis Atkinson who played John Mannall, Viv Digweed and John Fitzgerald. Both Johns and Viv were on a mission and pressurised Glenis, Carole and Wayne from the start, however they did begin to fight back midway of the competition, but couldn’t sustain this giving  the two Johns and Viv a comfortable win.

Thanks to Sue Mannall for organising the finals and for photographs taken of the finalists, also for those who attended both competition finals.