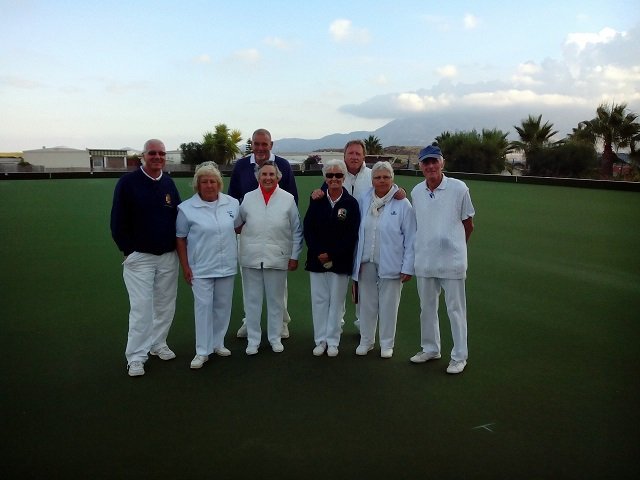 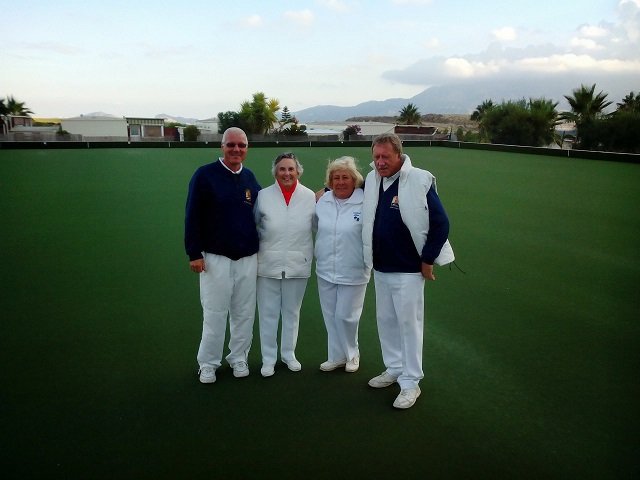 The original Frank Sharpe competition was started in 2004 after one of our very popular bowlers, Frank Sharpe, died and the family wanted to do something to continue his memory. Now circumstances have changed and our sponsorship tokens have been completed.

Thanks to Zoe and family for their support and we will in honour of Frank continue this competition in 2014.

This ‘New Frank Sharpe’ competition was supposed to be the 2014 event and sponsored by Zoe, however because this has ended prizes were paid from from club funds and the actual 2014 Frank Sharpe will now be played at the end of the year.

On the ninth end Waynes team were  fifteen shots ahead, then went six ends without scoring as Grahams team woke up, but couldn’t  maintain this pace and the game ended with Wayne and his merry group winning comfortably.