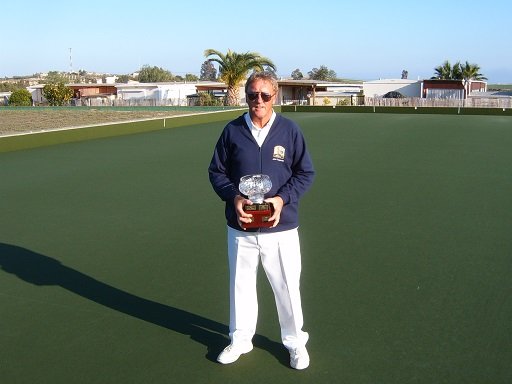 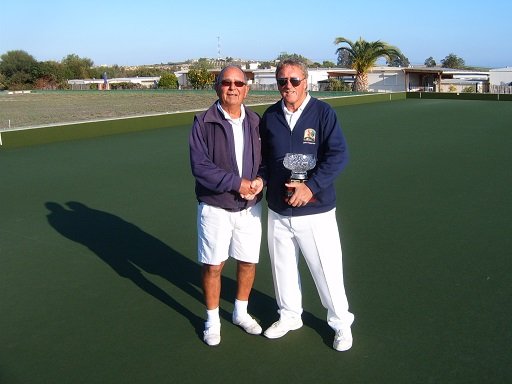 The last competition of 2013, the Palace Cup Handicap Cup was supported reasonably well with 32 players taking part. This year we went back to calculating the handicaps by a system where all members are given a handicap base on five inputs from the committee. These will be used throughout 2014 for other competitions with selection and operating the new ‘Spring Handicap’ competition. They are posted in the clubhouse.

The winner was John Fitzgerald playing off scratch, who was successful over Jim Pike with a handicap of two. The Final was played on Sunday afternoon 15th December and it was great to see so many spectators looking on and supporting both players.

To reach this stage both players had to play at the top of their game when John was against Brian Thompson who was ahead 13-5 after eleven ends. John then as ever in his cool and calm attitude continued to score until the twenty-forth end when it reached, 20-20, where John won the measure. A super game to watch.

Jim knew he had to play very well to beat John Mannall who had some very good wins in previous rounds. Unfortunately this time, John was unable to find the green, where Jim played at his best and couldn’t go wrong, winning comfortably. As we are always saying, ‘it’s all on the day’

The quality of bowls was superb throughout the three days and produced many exciting games for the supporters watching. Thanks go to the markers who without, the competition could not happen. Also to Colin Wright for umpiring who also presented the trophy to the winner.