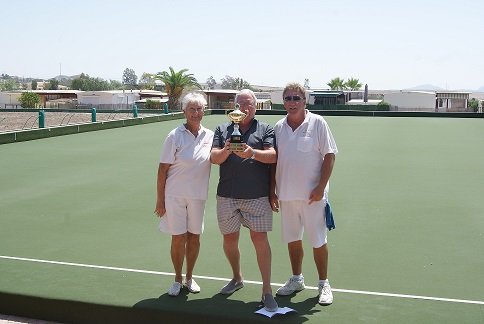 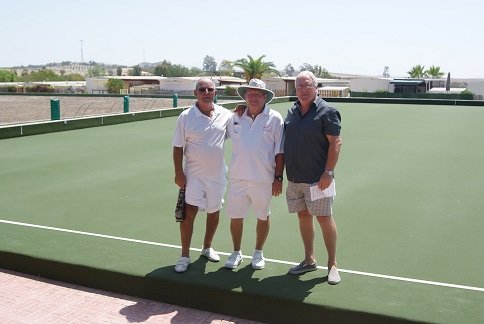 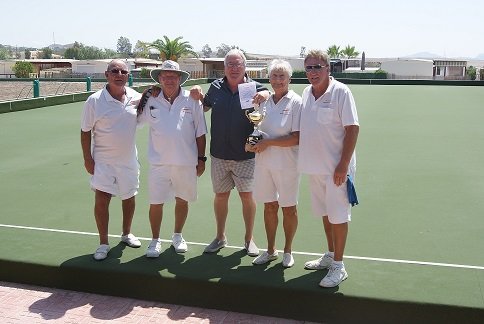 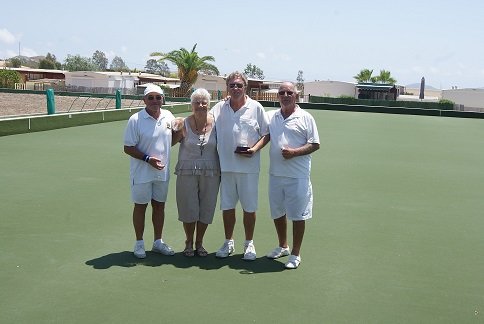 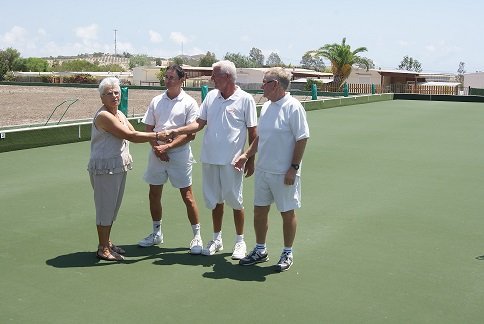 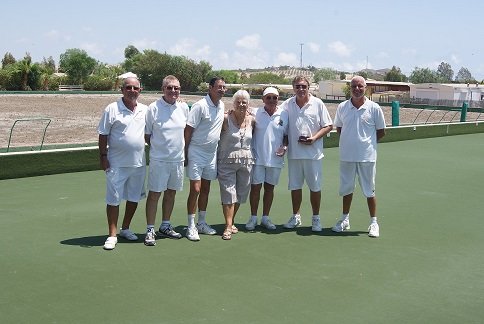 The Reliant Trophy, the ‘Drawn Triples’ was shortened). The top six players who had achieved their best scores from a minimum twelve games played. The teams were drawn for the final on Friday 11th July                     The worthy winners were John Fitzgerald, Jim Pike and Ron Lloyd beating another strong team, Wayne Roberts, Chris Ewer and Terry Rogers. Thanks to our Lady Captain for the presentation of Trophy and Brian Hughes for photographs.

The Eleanor McCraw (Drawn Pairs) was also shortened as with The Reliant Trophy. This time the top four players from minimum eleven games were drawn to play the final on 14th July. There was a draw between Jim Pike and Wayne Roberts. It was agreed by players as there were no rules to cover this, that a two end play off was carried out. Both played well, Jim won.

The final was won by John Fitzgerald and Maureen Sheriff against Jim Pike and Bryan Thompson. An exciting close game, with a well done to Maureen who gained her first win in an ABC competition. Stuart Beetham was kind enough to present the trophy to the winners and taking the photographs.

Both competitions were supported well and proved with the regular attendance of entries, that this is the probable way to continue in the future. Thanks to John and Stuart for sending me the information to write this report