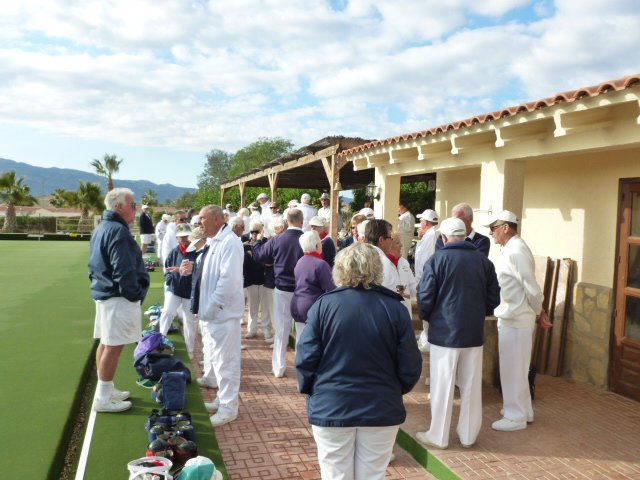 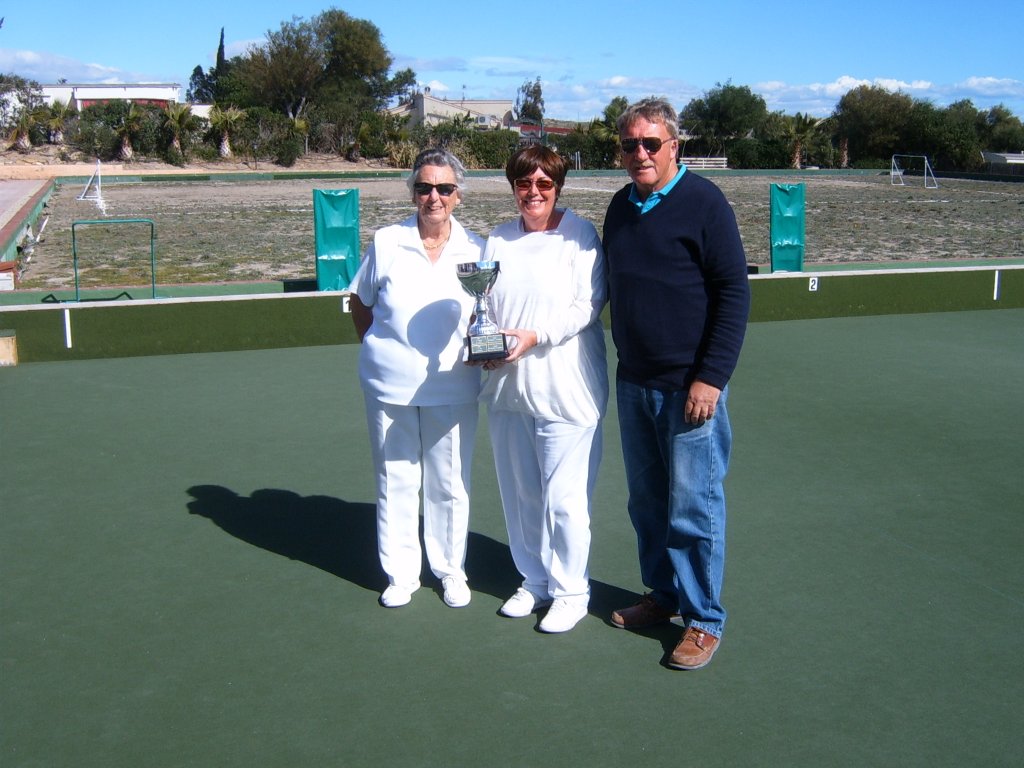 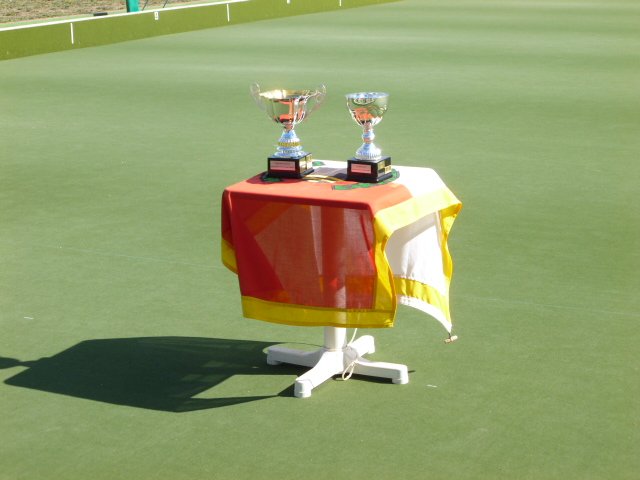 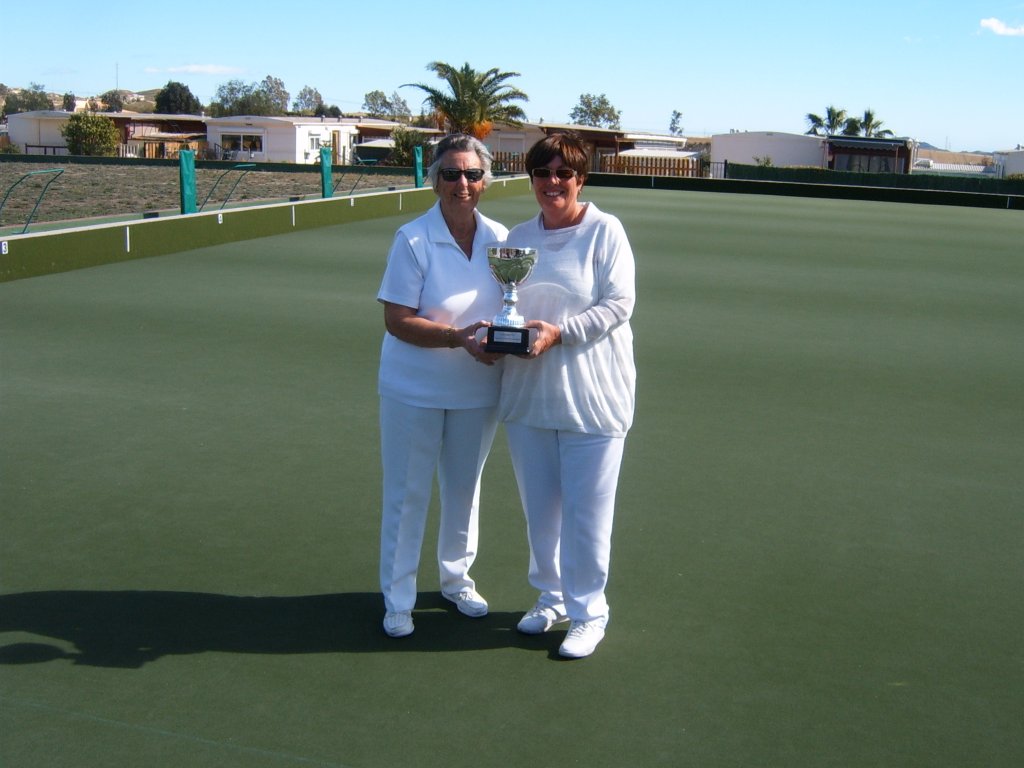 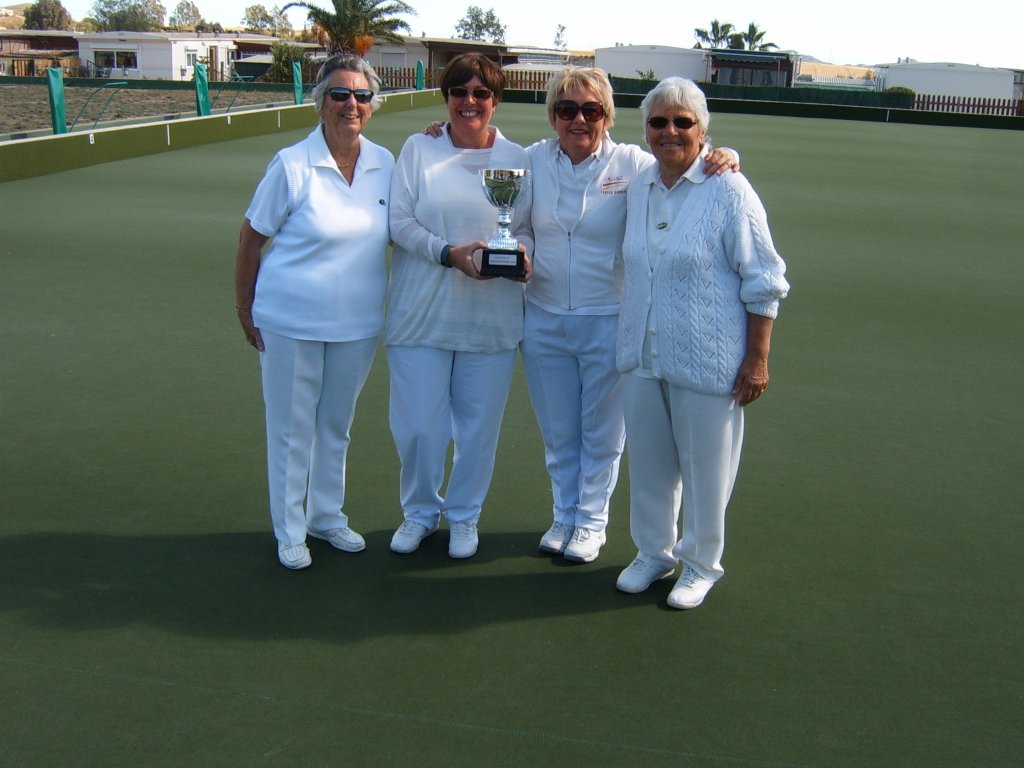 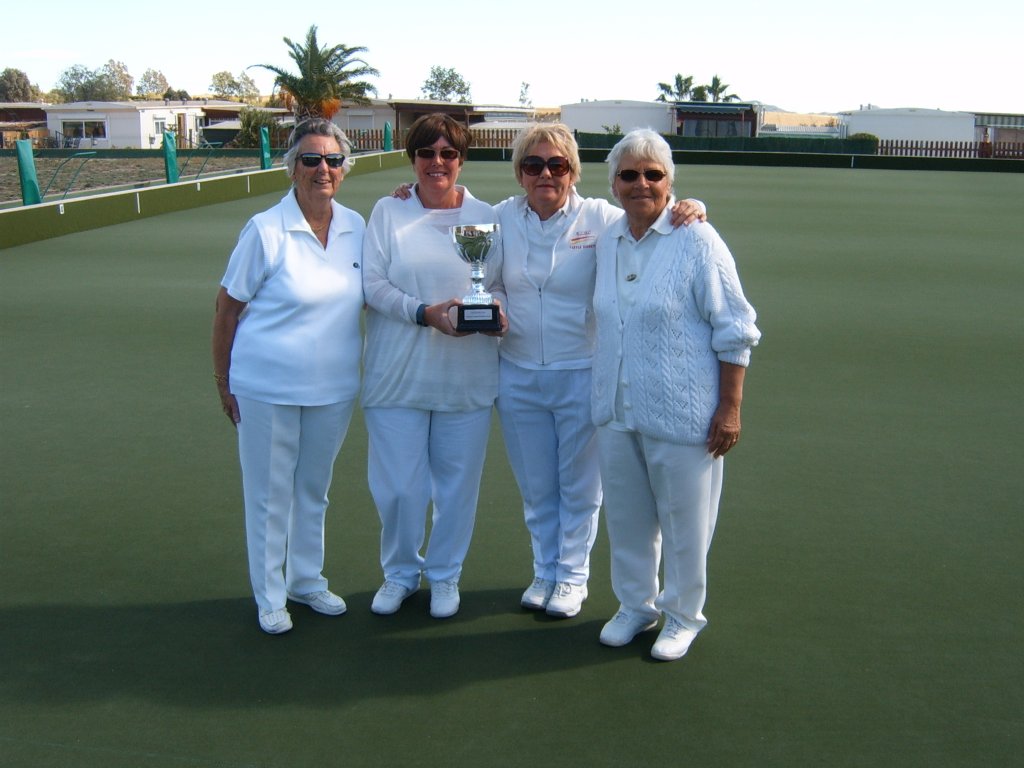 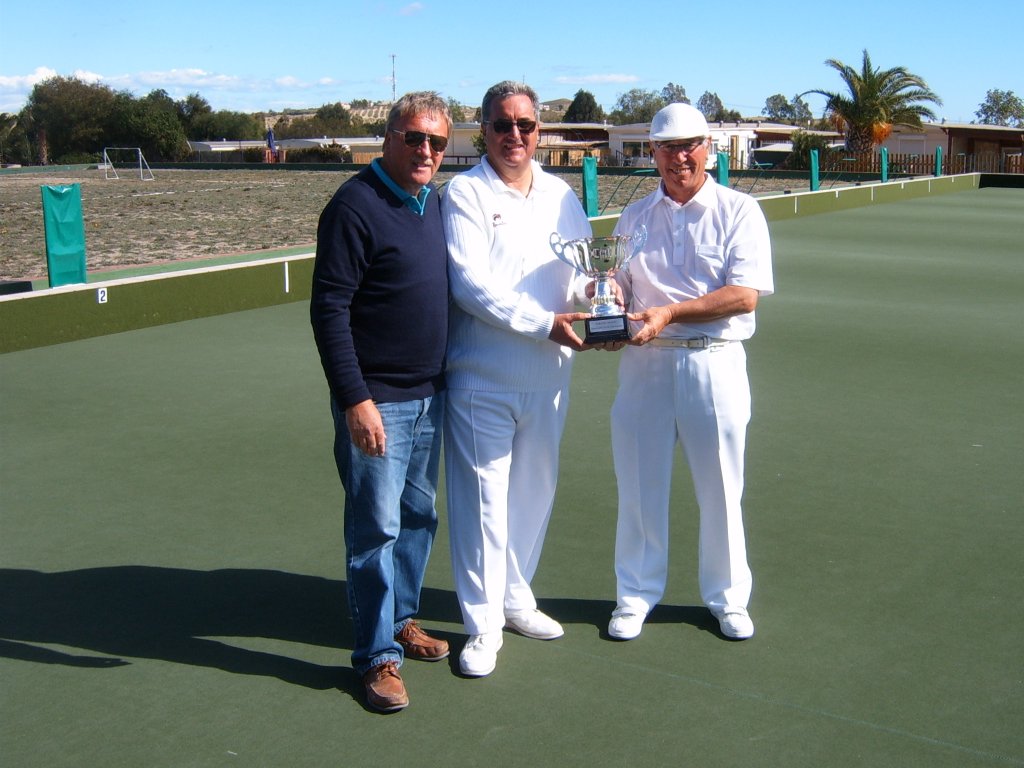 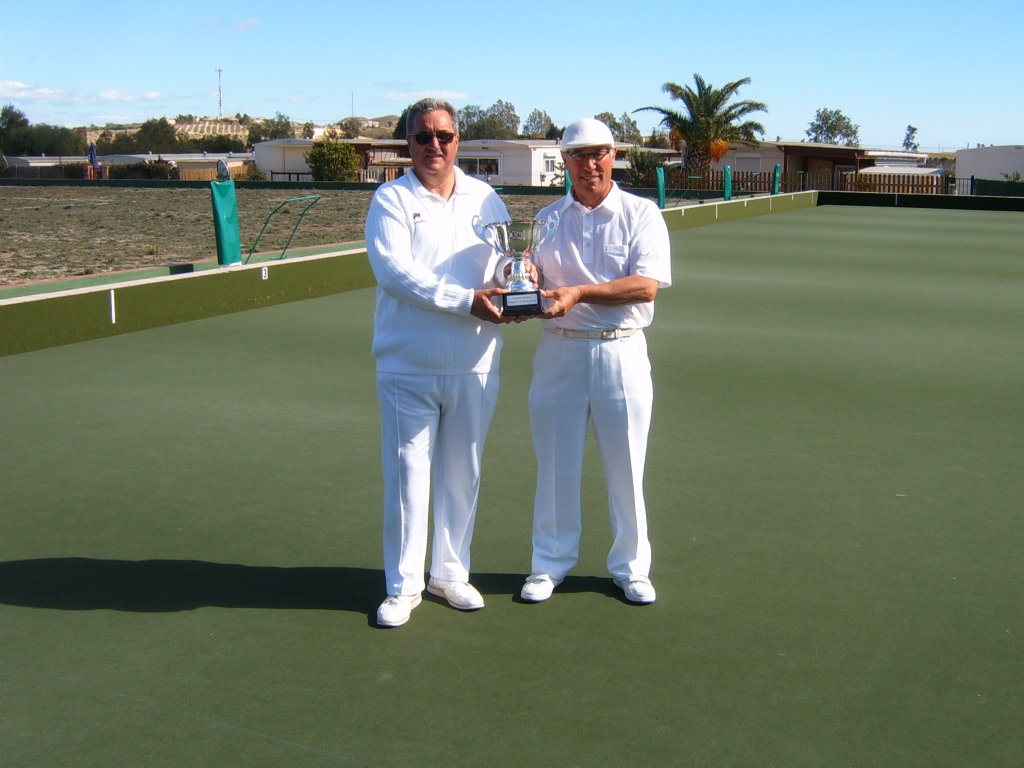 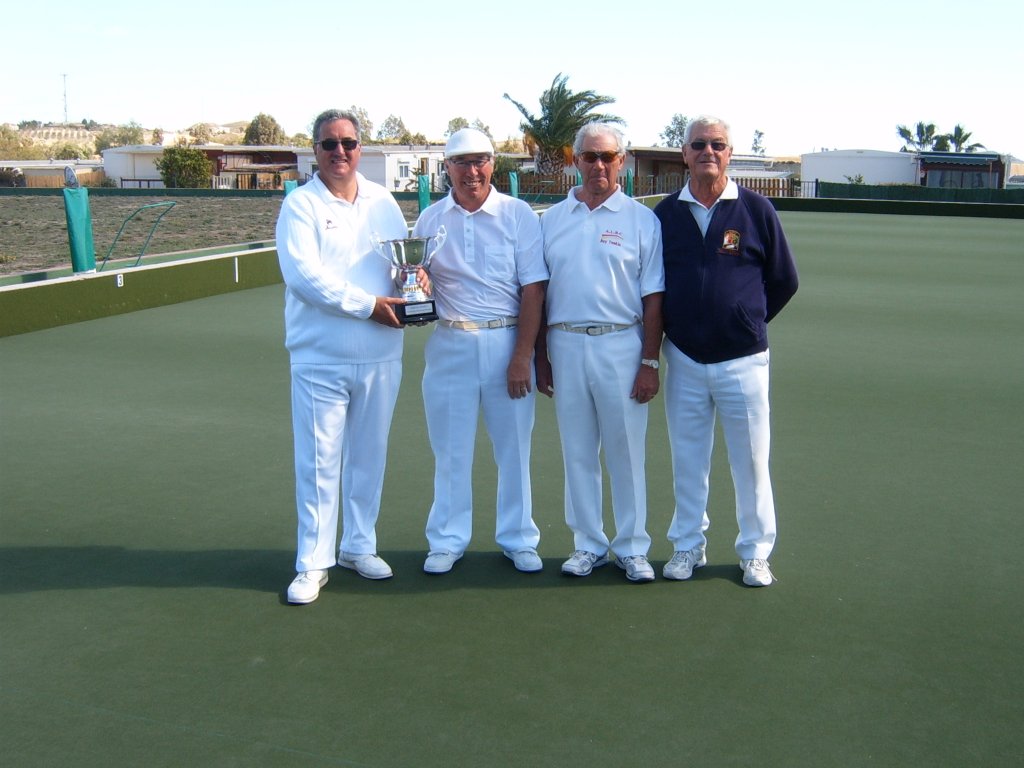 In the Ladies Semi-Final, Patsy Tonkin paired with Chris Parkinson, one of our new up and coming star bowlers who were successful over the very experienced pair, Viv Sykes & Pat Deacon. The other semi featured Catherine (Cath) who partnered Julie John a new ALBC member against Carol Roberts, a late substitute for Christina Fitzgerald who was unwell,  paired with Eileen Phoenix, our Lady Captain. Both ladies have come through the ranks successfully over the last couple of years, continuing this success with a fairly comfortable win over Cath and Julie.

The first Men’s Semi-Final was between the two old campaigners, Colin Wright and Roy Tonkin, who really came alive on this occasion when there opposition, John Burgess with new bowler Bryan Hughes were not allowed to get off the starting block. .The other semi, Leighton John and Tony Mullen against, yours truly paired with Jim Pike. Unfortunately neither of us could continue the standard of our previous round match and the quality of Leighton and Tony’s bowls.

The Jackson Cup Final was a very exciting game with Eileen Phoenix and Carol Roberts going ahead after five ends. However this lead was short lived as Patsy Tonkin and Chris Parkinson scored eight shots ‘hot shot’ easing them into the lead, but weren’t allowed to go ahead too long as Eileen and Carol matched their play by returning to the lead. On the tenth and twelfth end scores were level. The next end Eileen and Carol went ahead again scoring two shots, but were unable to advance anymore as Patsy and Chris upped their game to win by five shots.

Parsons Trophy Final was eagerly waited for featuring Colin Wright and Roy Tonkin who had won this competition several times in the past, against Leighton John and Tony Mullen. The wait was well worth it as Colin & Roy started in a mean mood, steaming seven shots ahead on the tenth end. However Leighton and Tony were not beaten, taking six shots on the next end and then continuing, not allowing Colin and Roy to score many more shots, taking the championship by seven shots.

Our Captain John Fitzgerald thanked all finalists for the exciting games they had given to all who watched the Finals and the support of our members attending. He also thanked yours truly for running the competitions before presenting the trophies to the winners. This report and photographs taken by myself and Allan Deacon will be found on our website, www.bowlingalmeria,com