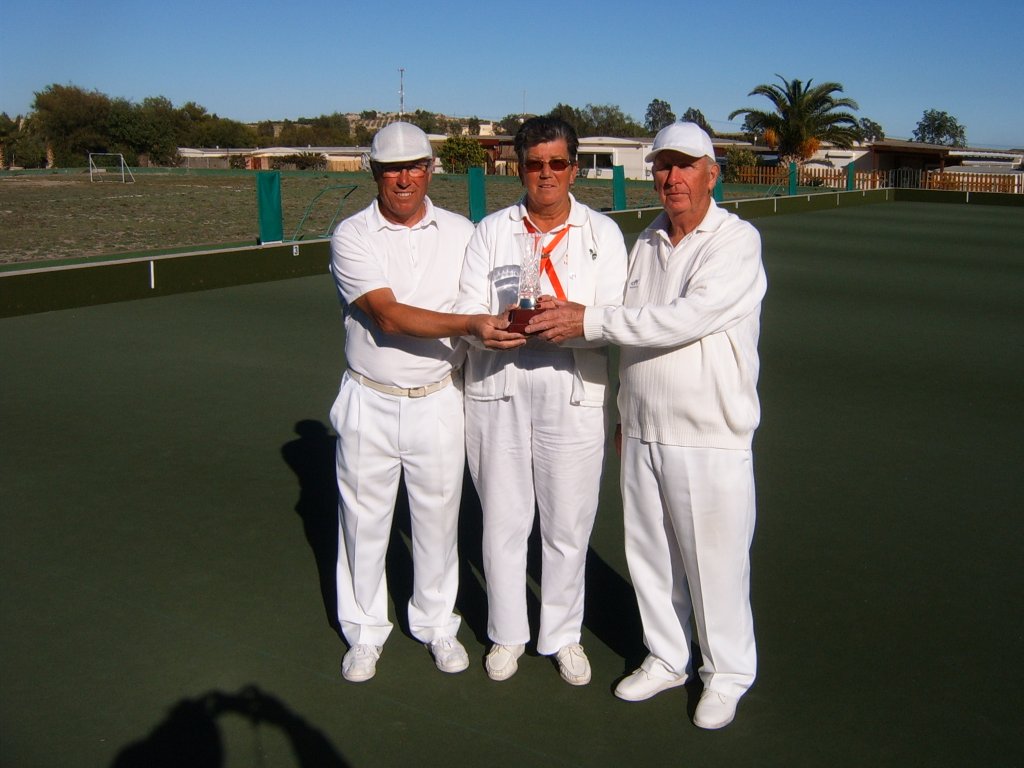 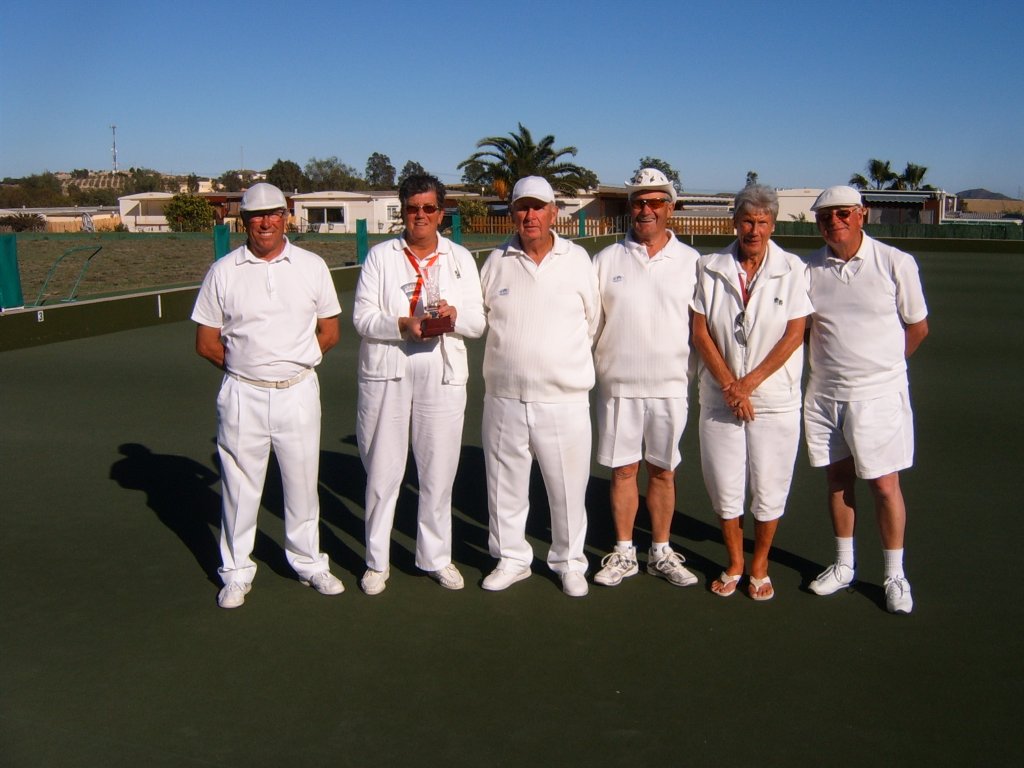 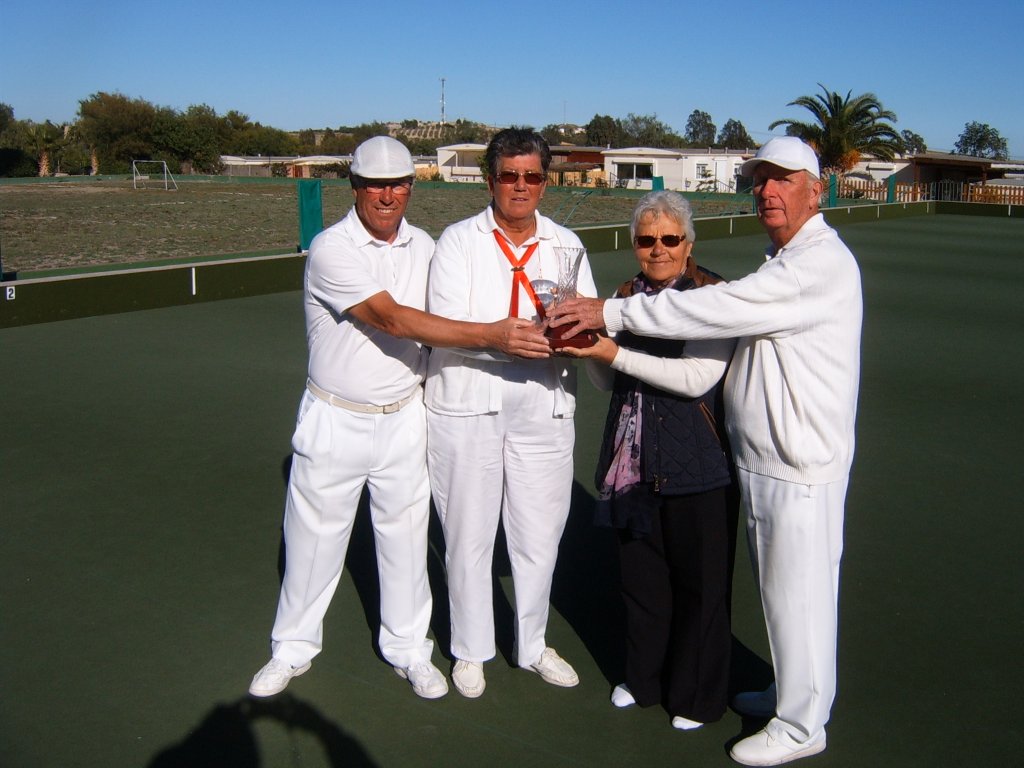 This second year of this competition commenced on 5th January and was played on Monday afternoons apart from Tuesday afternoon of 264h February.  During that period of eight planned dates, the best six individual total scores was totted up. These were then drawn into two triples to play in the Final on 5th March.

The competition was played to similar rules to the Frank Sharpe, except the total handicaps of the drawn triple teams are averaged and the difference starts the game at that level. The score will count when ten ends have been played if inclement weather stops the game. Other changes are when a dead end occurs, the jack is placed on the T. Finally, Skips are drawn at the start of the game.

In a low scoring game Tony Mullen’s team crept ahead, however Roy Tonkin’s team wasn’t going to let them get their own way and at the fourteenth end were level at 10-10. It was any body’s game and on the seventeenth end the sores were level again at 12-12. At this stage Tony’s team were ahead on ends won 10-7. Roy’s could still win by winning this end and taking winning score points. The last end commenced with brilliant bowls played with Cath Patrick holding two shots very close to the jack, followed by Sandra Brown moving her wood in a position at the rear of the jack. This looked good for Roy’s team with Cath’s shots still holding the two shots. However Sandra then went into the pack and moved the jack to her wood. A great effort by Allan Deacon and Roy couldn’t disturb the head giving Tony’s team the championship.

Our Captain, John Fitzgerald thanked the members for their support and gave a special mention to Sandra and Chris Brown for winning their first championship in their fairly short bowling career. He then asked our lady captain, Eileen Phoenix to present the trophy.