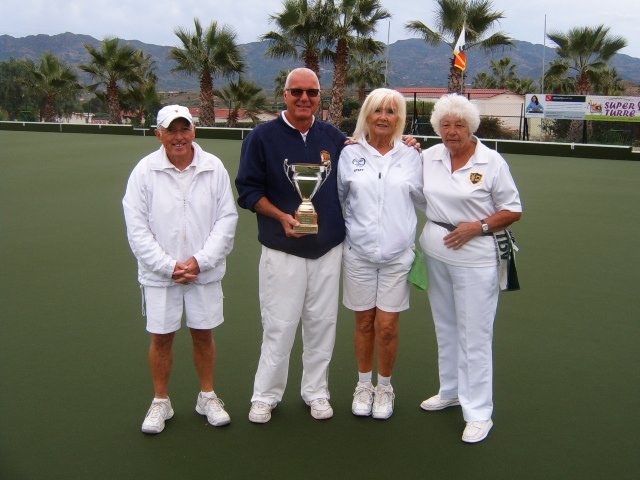 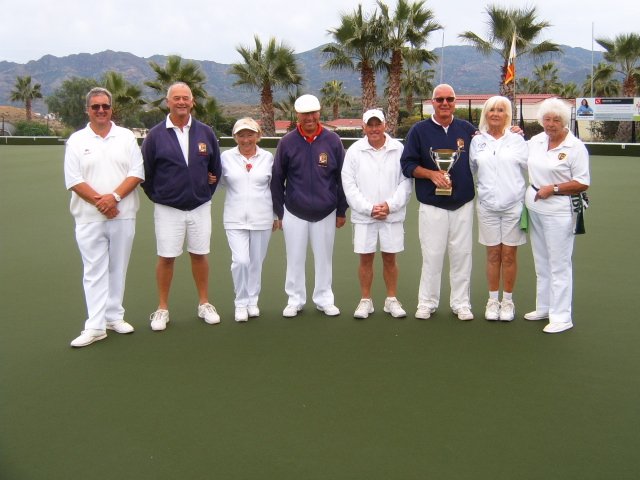 ALBC Drawn Fours commenced with ten teams taking part in this knockout competition played from the 30th October until the final on Monday the 2nd November. The semi-finals were played on Saturday 31st October.

The Final was won by the team lead by Wayne Roberts, Jean Willoughby, Carol Hollett and John Henworth against the strong team of Tony Mullen, Leighton Hughes, Lyn and John Burgess. On paper this was going to be a tough, tight competition. The result was a very good win For Wayne and team 21-12. The result didn’t reflect the game as Leighton’s rink played very good quality bowls, but just couldn’t keep the shots scored. Well done to Wayne, Jean, Carol and John.

Losing Semi-finalist to the winners, Colin Wright, Shelagh Allen, Vic Parsons and Viv Sykes were level on the fifteenth end at 11-11 after being well down. However they just couldn’t continue with the fightback.

The other losing Semi-finalist to the runners up were Graham Patrick, Terry Rodgers, Mike Duffield and Carol Roberts who  were hard pressed to beat the very confident Tony Mullen’s team who won comfortably.

John Fitzgerald, our Captain, thanked the players and spectators and yours truly for their support and for me running the competition. He then presented the Trophy to the winners. My thanks Colin Wright for umpiring. Please don’t forget this report and photographs will be posted on our website www.bowlingalmeria.com