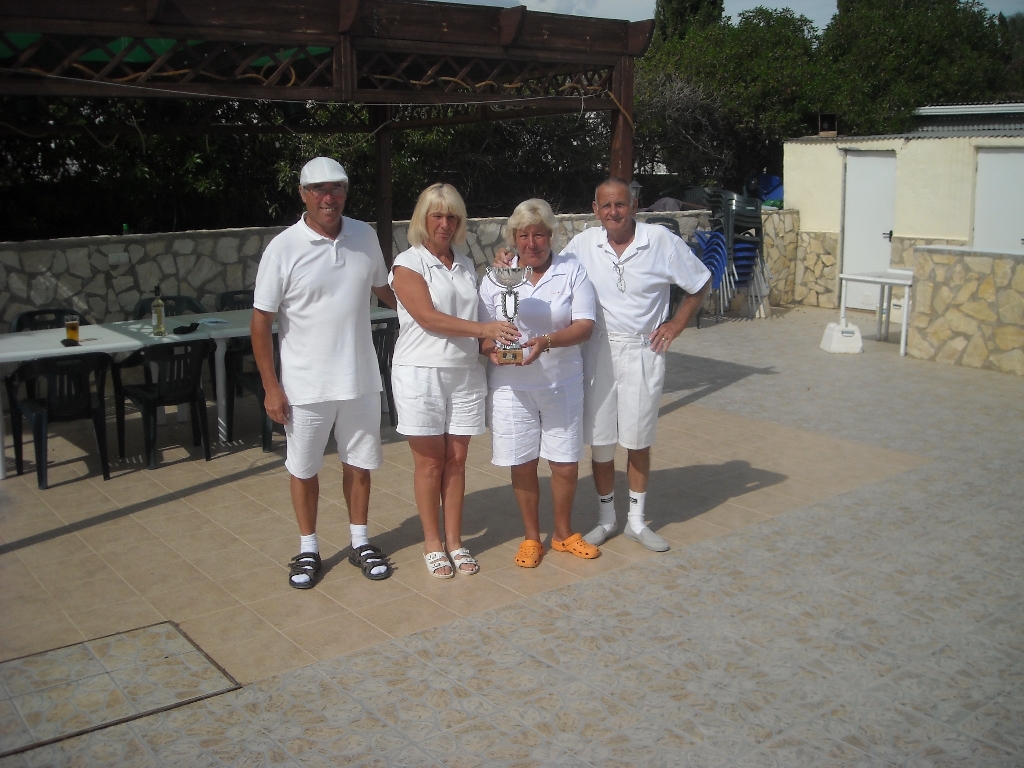 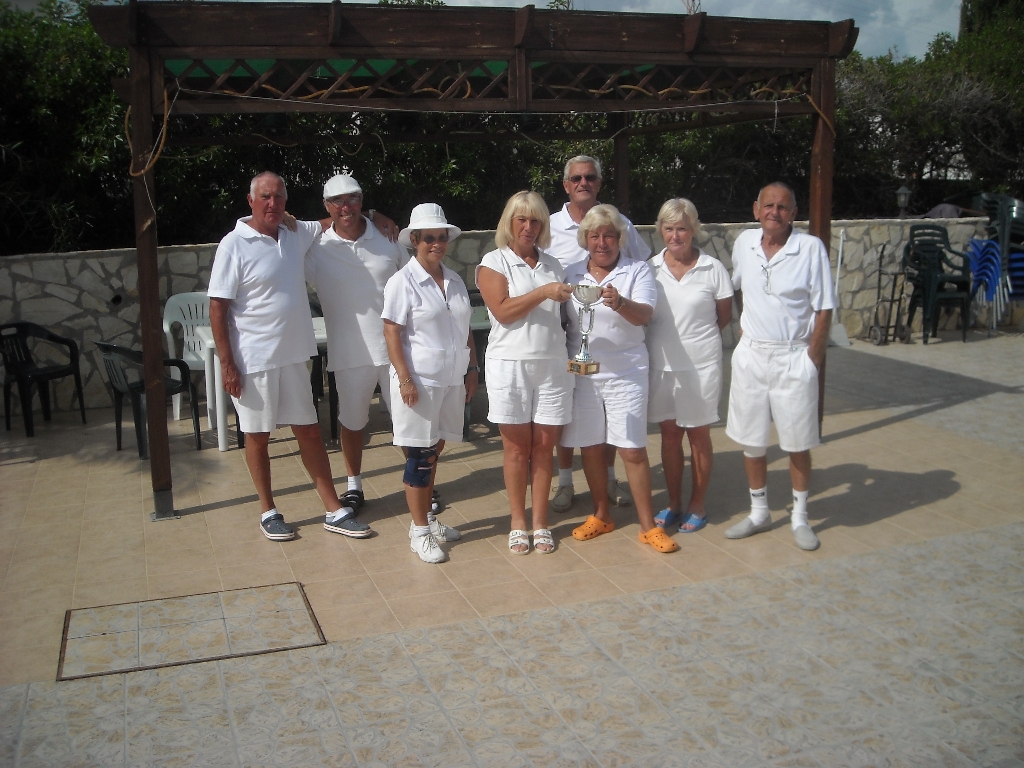 [Show thumbnails]
This year the  format had to be changed because of reduced entries for our first open competition of the year, the Los Gallardos Mixed Fours Trophy. The lack of numbers was due to some players not able to get into Los Gallardos, because of recent huge storm damage to properties and roads.   .

The competition was played on Thursday 11th and Friday 12th October involving ten teams of fours. This was played in a round-robin format of three games of ten ends on Thursday and two of twelve ends on Friday. Winners gaining three points and for a drawn game, one point. If points were equal, shot difference would determine the winners.

The games were played in glorious sunny weather, sometimes too hot. At the end of Thursday, two teams were in a very comfortable position. They were John/Sue Mannall and Norman/Maureen Atkins. The others were Shelagh/ Dave Allen and Tony/Mary Mullen.

Friday was another great day with all players trying hard to improve their positions. The final results were The Allen’s/Mullen’s, maintaining the standard winning all games with a total of 15 points. There were then four teams with 9 points which were separated by shot difference. Colin Wright/Ruth Compton/Brian and Jane Franklyn took the runners up place and closely in third were Jim Pike/Paul Fitzhugh/Vic and Joan Parsons. Unfortunately for the Mannalls/Atkins four, the wheels fell off.

Thanks to Anthony and Shirley Jackson who generously sponsored the competition.   First prize 80 Euros and for the runner ups 40 Euros. Once again thanks to Maureen Atkins for completing all the score cards in readiness for the competition. Please don’t forget this report and photographs will be posted on our website www.bowlingalmeria.com