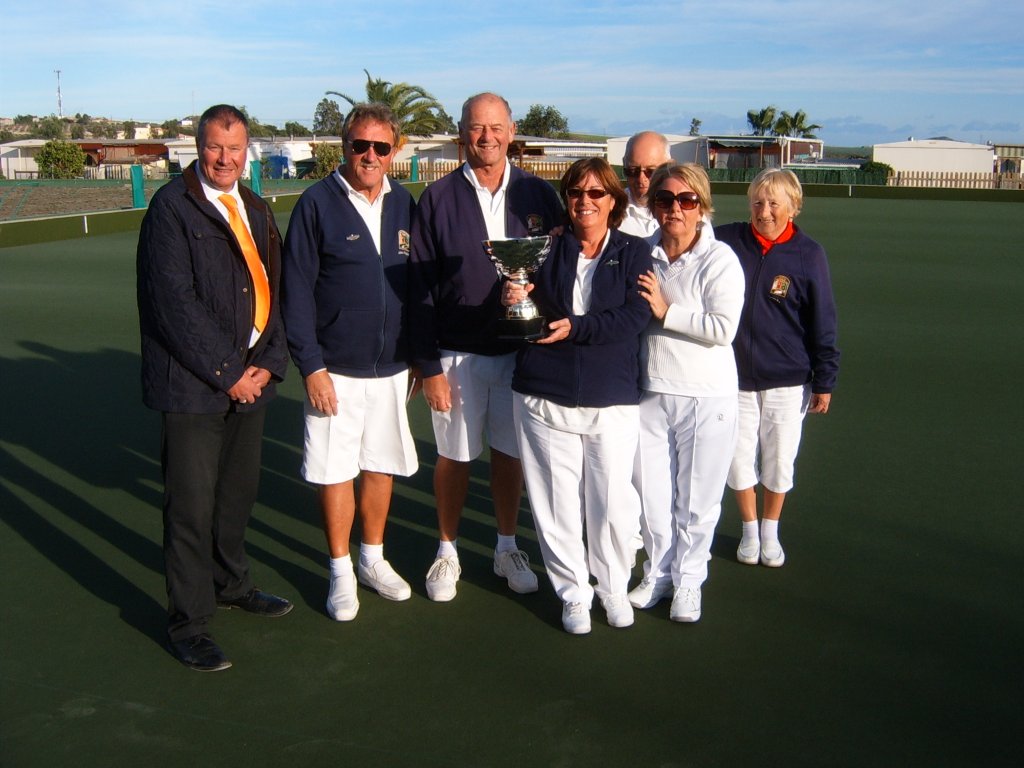 This new ‘Club’ competition   sponsored by Avalon Funeral Plans commenced on 20th October and was played mainly on Monday afternoons and ended on the 8th December with the final. on the 9th December. During that period of eight planned dates, the best individual total scores of the players best four games was totted up. These were then drawn into two triples to play in the Final on 9th December

The competition was played to similar rules to the Spring Triples Handicap without including the handicap factor. This includes that the score will count if ten ends have been played if inclement weather stops the game. Also when a dead end occurs, the jack is placed on the T. Finally, Skips are drawn at the start of the game.

The Final six successful members were the Winners: John Fitzgerald, John Burgess and Christine Parkinson and the Runners up Reg Birmingham, Lyn Burgess, and Carol Roberts.

Unfortunately Reg Birmingham’s team was unable to perform as expected. Despite some very good bowling they couldn’t penetrate the skill sets of John Fitzgerald’s team for the first nine ends. Unable to get off the mark until the tenth end when they were relieved to get on the score board. Because this competition was decided on ends won and the final score, Rag’s team, although winning two more ends couldn’t win after the fourteenth end.

However this result didn’t highlight the high standard of bowls played throughout by all players. In all of the positions the competition was intense and it was a pity someone had to lose.

After the game yours truly introduced our Sponsors, Andy and Julie Durrant together with Ian Richardson who are kind enough to visit to present their Cup and cash prizes. Finally I thanked those that had come and supported the event, although it was a cold afternoon