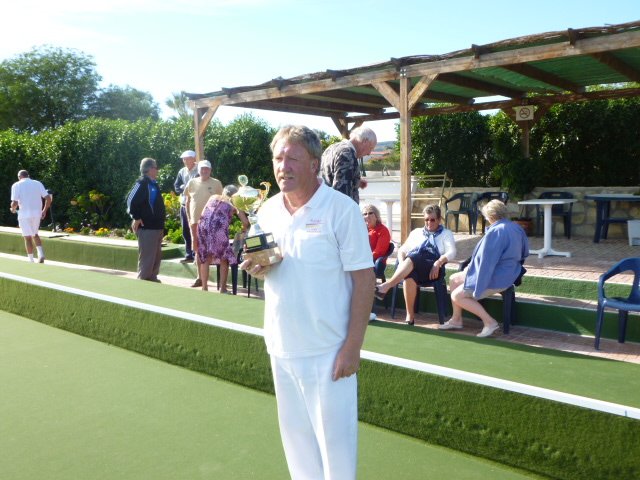 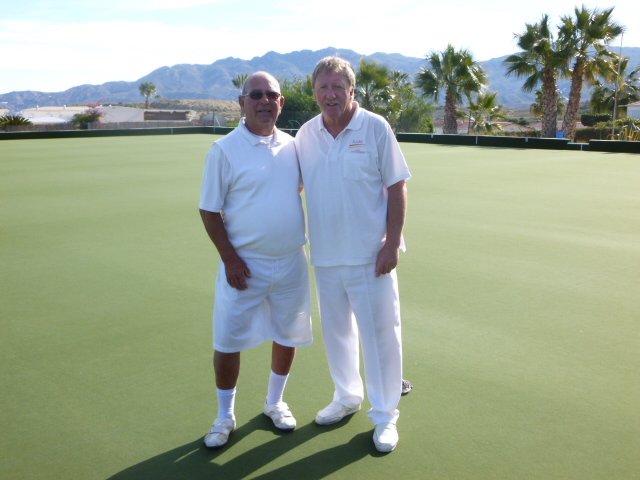 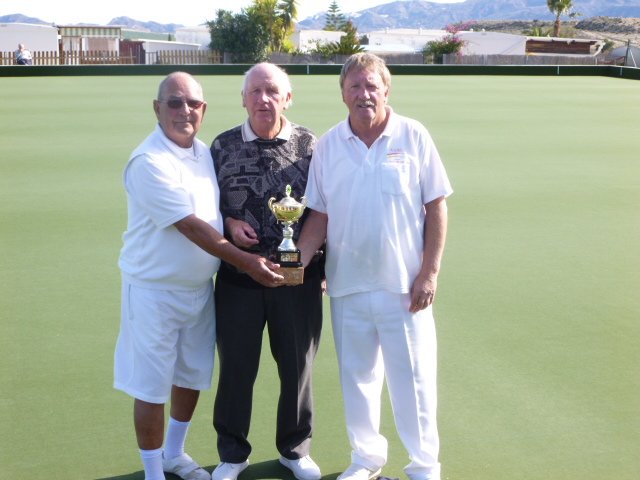 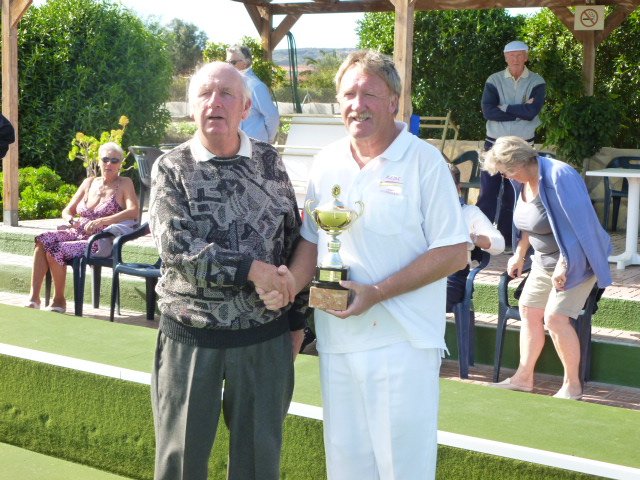 Once again it was nice to see the very good support for our Two Wood Singles knockout competition which began on 24th and was completed Sunday 26th January.

The winner was defending champion, John Fitzgerald who beat Jim Pike in a game that had everything in bowling skill sets. John playing his normal steady way and did not disappoint us with some superb shots, which at times was equalled by Jim. However, although this was a low scoring game it was John’s day, not letting Jim get in front throughout the game and finished with the score at 15-10 on the nineteenth end.

John played Roy Tonkin in the first semi-final   and as expected, Roy  was his usual competitive self with the game level at the thirteenth end with the score 7-7. However also expected was John’s resilience and endeavour to win, which then put pressure on Roy to come in comfortably with the final score of 14-9 on the twentieth end. Well done to both players for an entertaining game.

In the other semi-final, Jim’s opponent was our strong singles player, Chris Ewer. Chris started well going into the lead on the twelfth end by one shot, Jim then consistently scored single shots for the next five ends when Chris just could not get the better of Jim. A no score end followed and although Chris scored two shots on the ninetieth end with the score at 12-10and still had a chance to win, Jim scored the single shot on the next end to finish the game.

Once again the standard of bowling was excellent throughout the competition On completion, Chris Brown presented the trophy to John and thanked the spectators for supporting all players. The markers were then thanked who without, we couldn’t run the competition. This report with photographs taken by Allan Deacon and Martyn Hayhow be found on our website www.bowlingalmeria.com