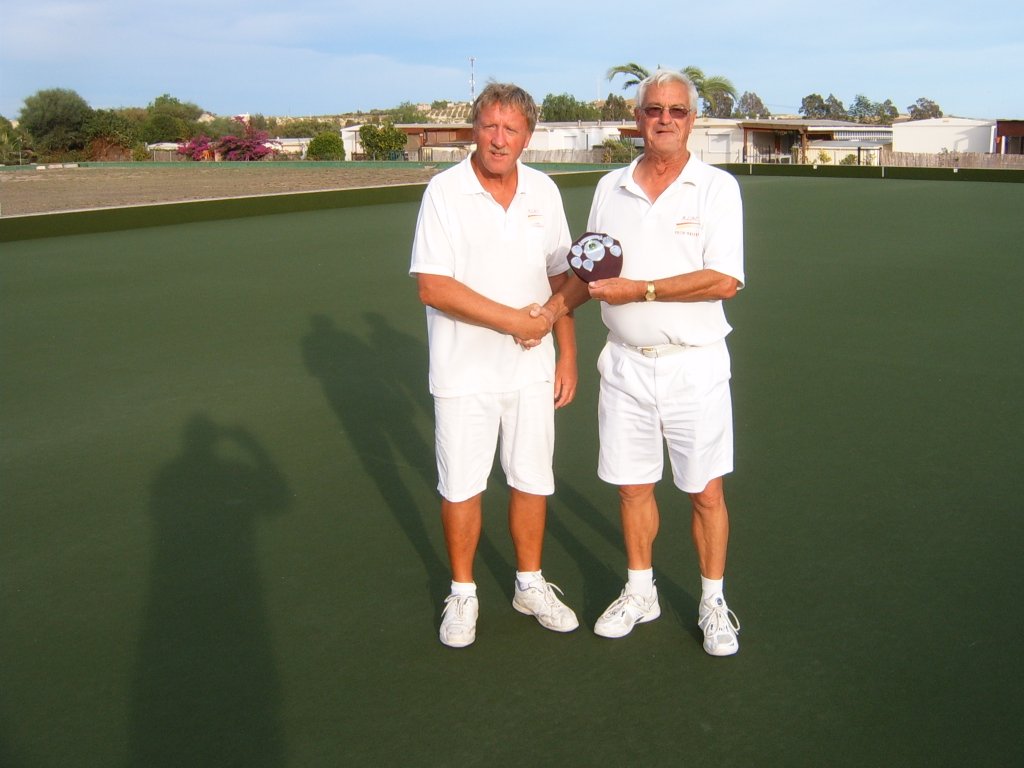 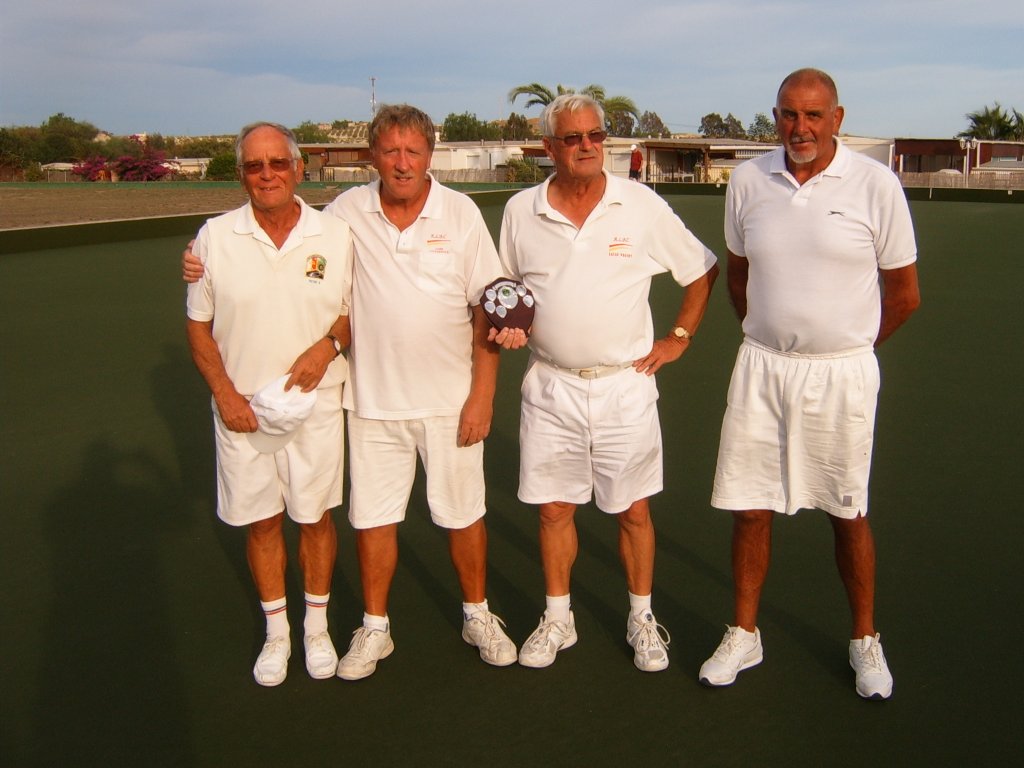 Winners were, Colin Wright and John Fitzgerald in a wonderful Final against Graham Patrick and Peter Steenstrup

The first Semi-final was between Colin and John playing against Chris and Catherine. This was in the end a very close game, with Colin and John putting early pressure on their opponents being nine shots ahead on the eleventh end with the score at 13-5. Chris and Catherine played well throughout and illustrated this by scoring shot after shot during the final half. However in spite of this, they were unable to overcome the one shot lead that Colin and John had on the seventeenth end, where on the final end Colin decided to not deliver his last wood.

The Final lived up to its expectations with arguably the best men players in our club taking part. They had the spectators on edge of seats throughout the competition, with the lead changing several times. All finalist played exceptional bowls with Graham and Peter going ahead on the sixteenth end. Colin and John however, scored five shots on the last two ends, winning this thrilling final 16-14. Why did we have to have a loser?

I thanked the all players who took part in this competition and the support given by members before presenting the trophy to the winners, Colin Wright and John Fitzgerald.