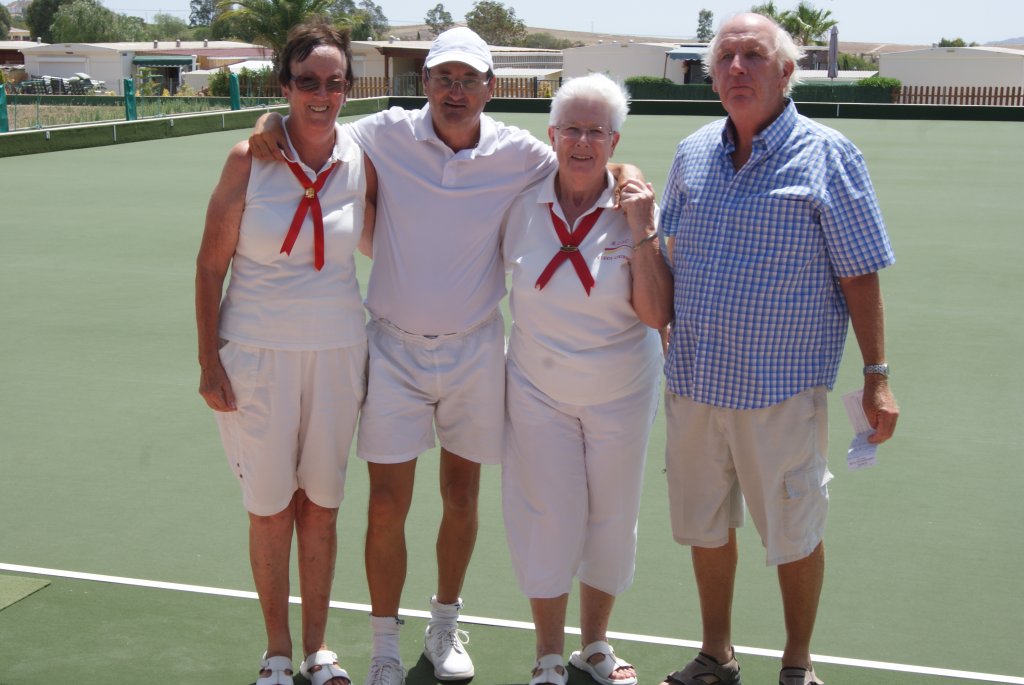 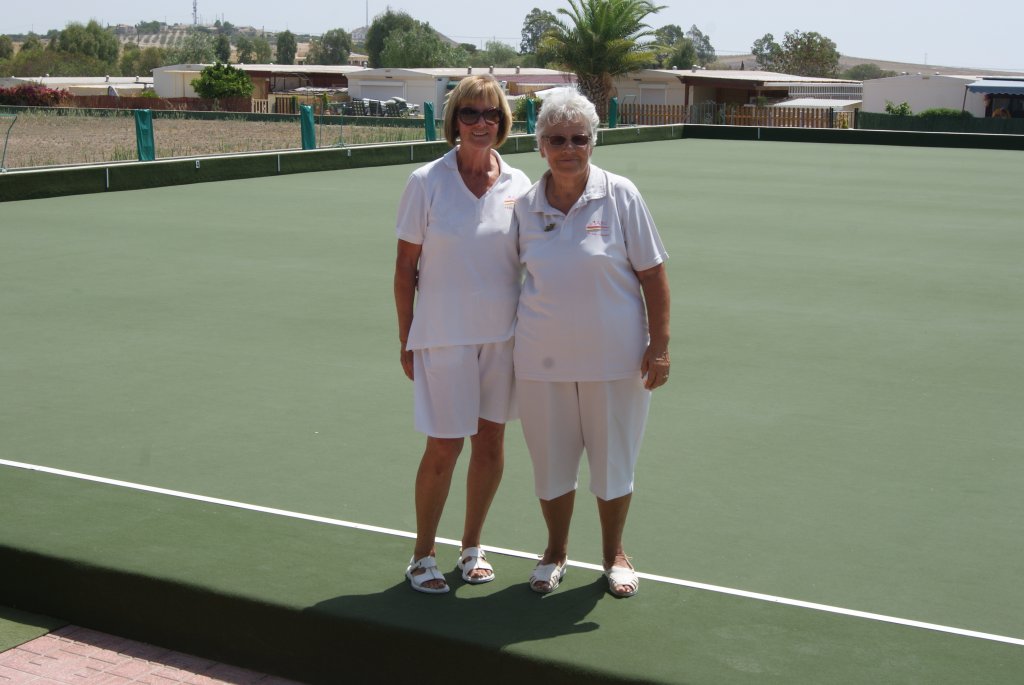 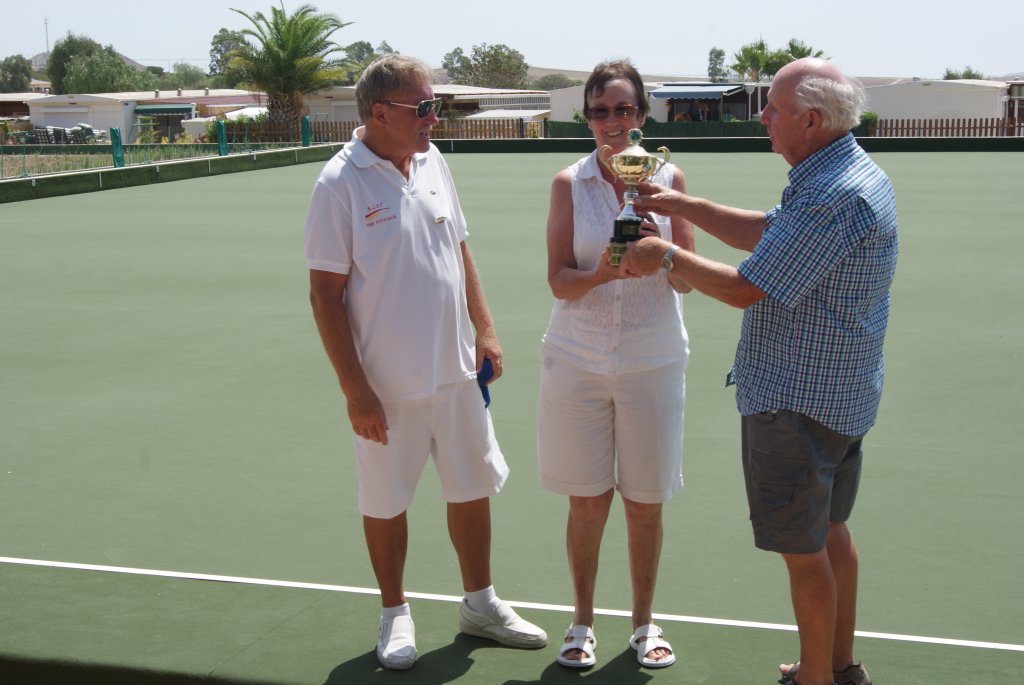 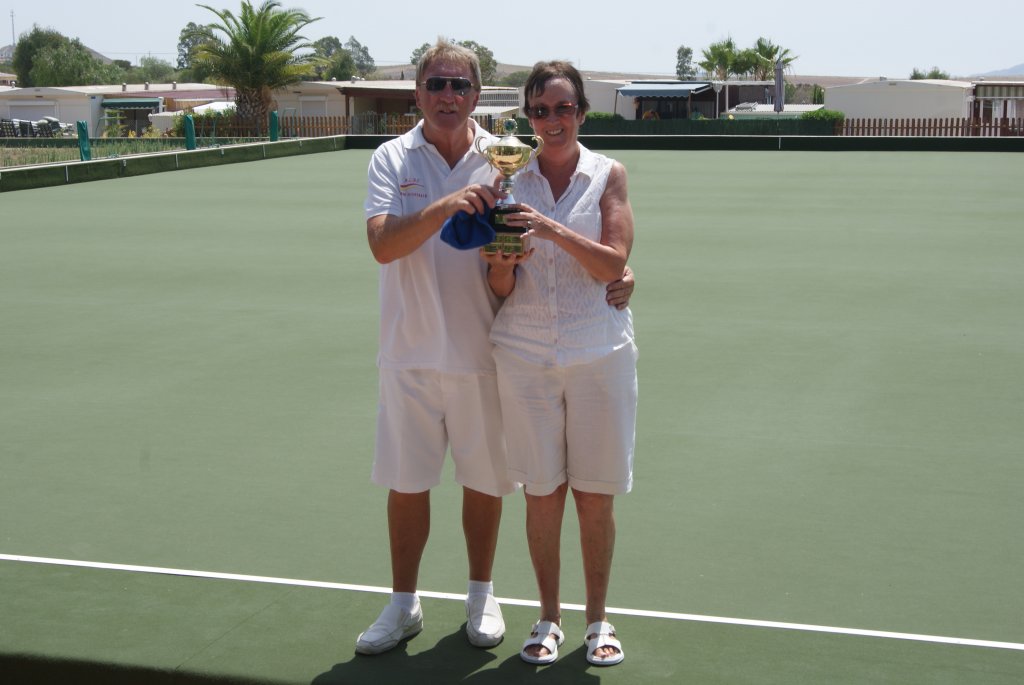 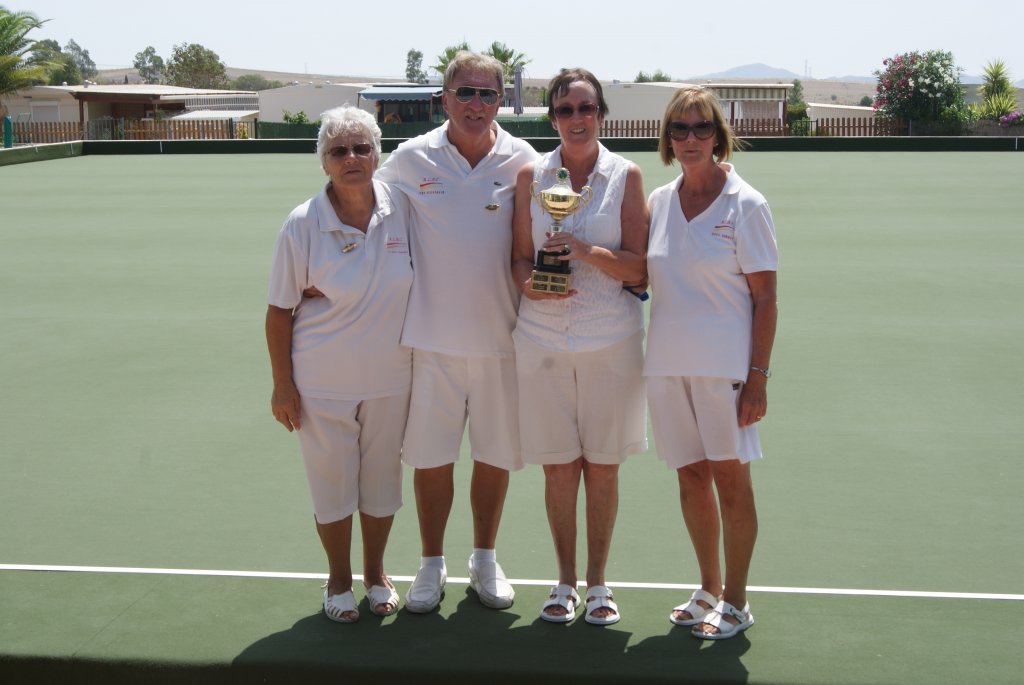 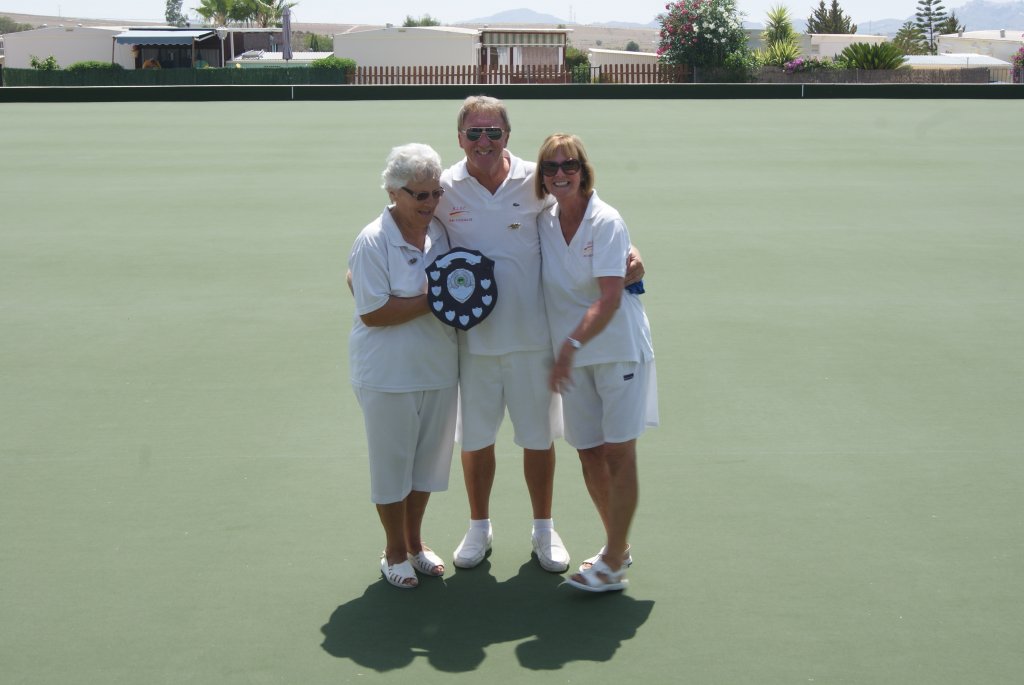 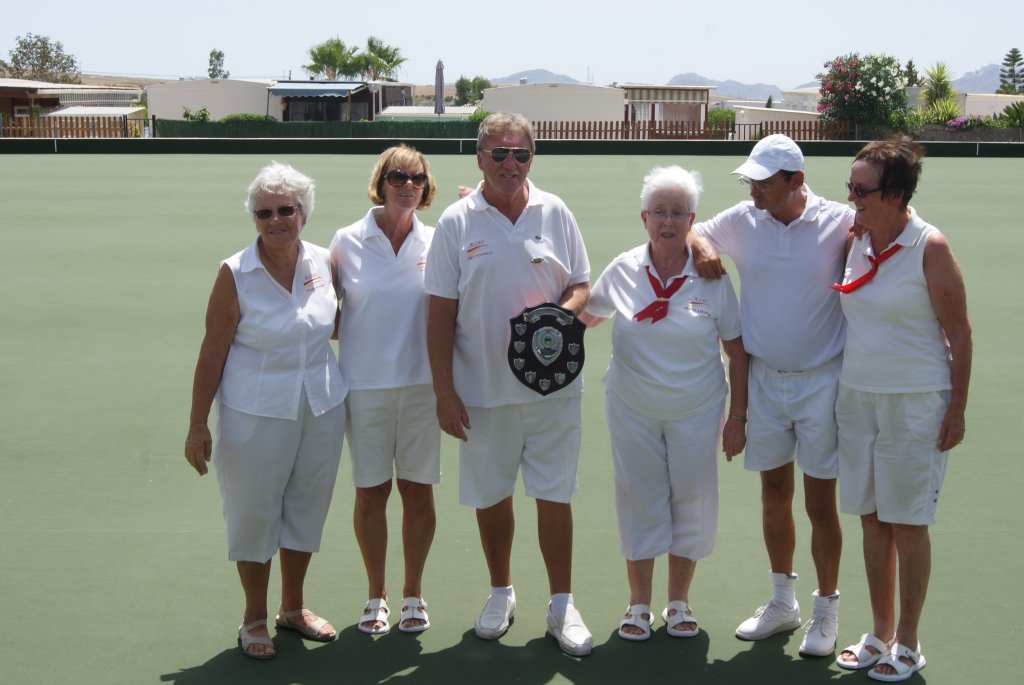 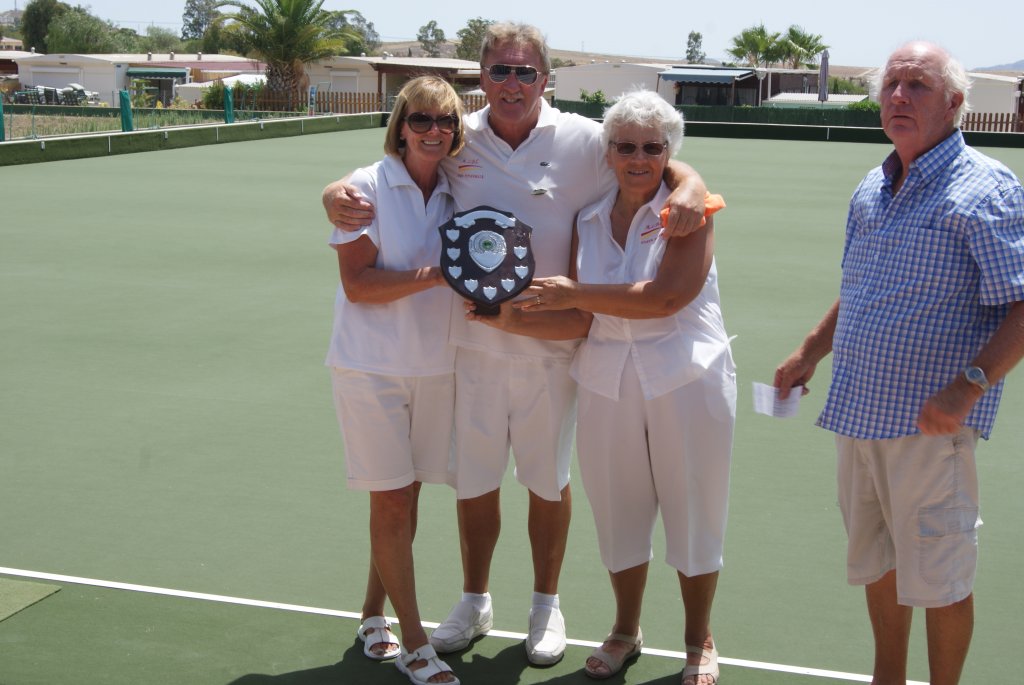 First of all a big thank you to John Fitzgerald  for organising and successfully running the summers competitions. This year the Reliant Trophy and Eleanor McCraw were reverted to Monday and Wednesday’s as apposed to the roll up days of Tuesday and Thursday played last year. The success of this with the dwindling numbers taking part during the competition, will I am sure be discussed before next years events.

The CALB Hong Pairs was it’s usual success.At the beginning of the competition in May entries were drawn into three groups, each playing six games over 18 ends. The finalists were the top pair in each group and the best runner up. The Final started on the 28th June at Indalo. Unfotunately the semis were played but temperaturs were so hot the final will be played 2nd September. This will feature John Fitzgerald and Chris Ewer against the ex Almeria team and now Indalo, John and Sue Mannall.

The Final of Reliant Trophy was between  John Fitzgerald, Rona Hendry, Eileen Phoenix against Chris Ewer, Maureen Ohara and Glenis Atkinson. This was a hard fought game in extreme heat, 40 cc, and Chris’s team played into a steady lead by the eighth end, with score at    5-4. John and team then scored two end of 4 shots and  slowly pressurised bit by bit progressing to a comfortable win at 21-14.

The Final Of Eleanor McCraw was between John Fitzgerald  and Maureen OHara against Rona Hendry and Eileen Phoenix. Unfortunately for Rona  and Eileen John and Maureen were on fire. Many good shots on the jack were foiled by John and Maureen, however after seventeen ends the game ended with an impressive championship win.

Finally thanks  for Chris Brown for doing the presentation job, members for supporting and the very good photographs taken by Bryan Hughes. This report will be on our website with photographs   http://www.bowlingalmeria.com